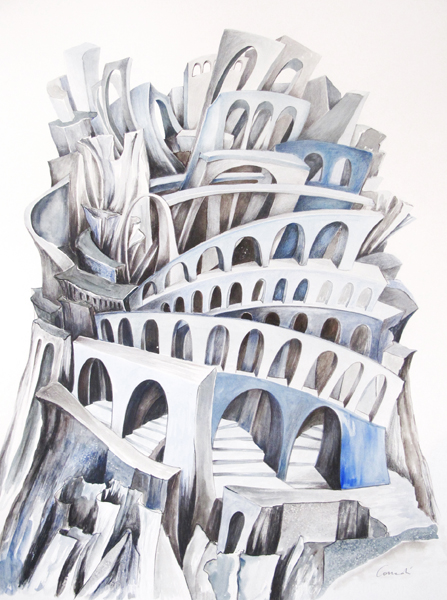 Proceeding eighty miles into the northwest wind, you reach the city of Euphemia, where the merchants of seven nations gather at every solstice and equinox. The boat that lands there with a cargo of ginger and cotton will set sail again, its hold filled with pistachio nuts and poppy seeds, and the caravan that has just unloaded sacks of nutmegs and raisins is already cramming its saddlebags with bolts of golden muslin for the return journey. But what drives men to travel up rivers and cross deserts to come here is not only the exchange of wares, which you could find, everywhere the same, in all the bazaars inside and outside the Great Khan's empire, scattered at your feet on the same yellow mats, in the shade of the same awnings protecting them from the flies, offered with the same lying reduction in prices. You do not come to Euphemia only to buy and sell, but also because at night, by the fires all around the market, seated on sacks or barrels or stretched out on piles of carpets, at each word that one man says -- such as "wolf", "sister", "hidden treasure", "battle", "scabies", "lovers" -- the others tell, each one, his tale of wolves, sisters, treasures, scabies, lovers, battles. And you know that in the long journey ahead of you, when to keep awake against the camel's swaying or the junk's rocking, you start summoning up your memories one by one, your wolf will have become another wolf, your sister a different sister, your battle other battles, on your return from Euphemia, the city where memory is traded at every solstice and at every equinox.