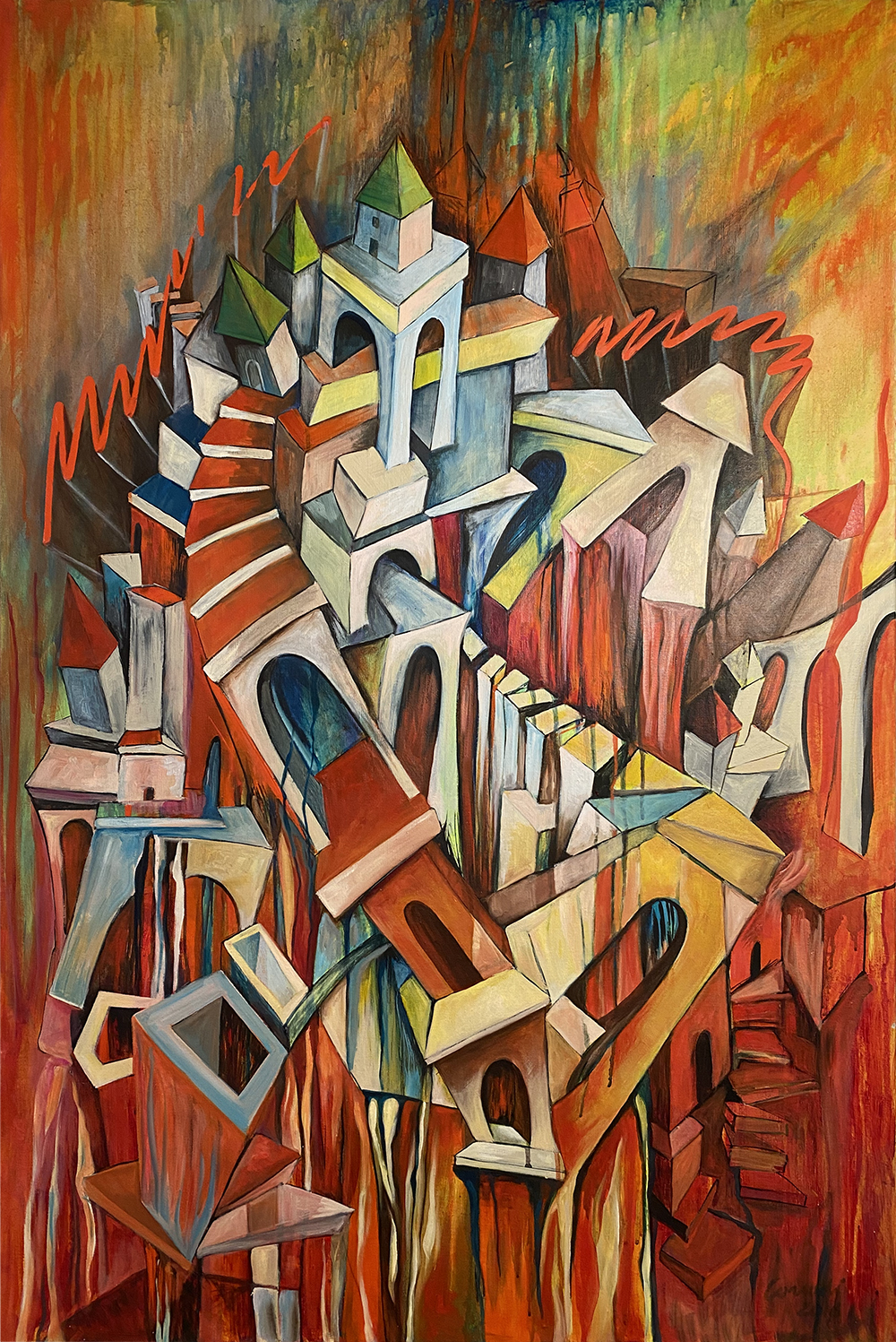 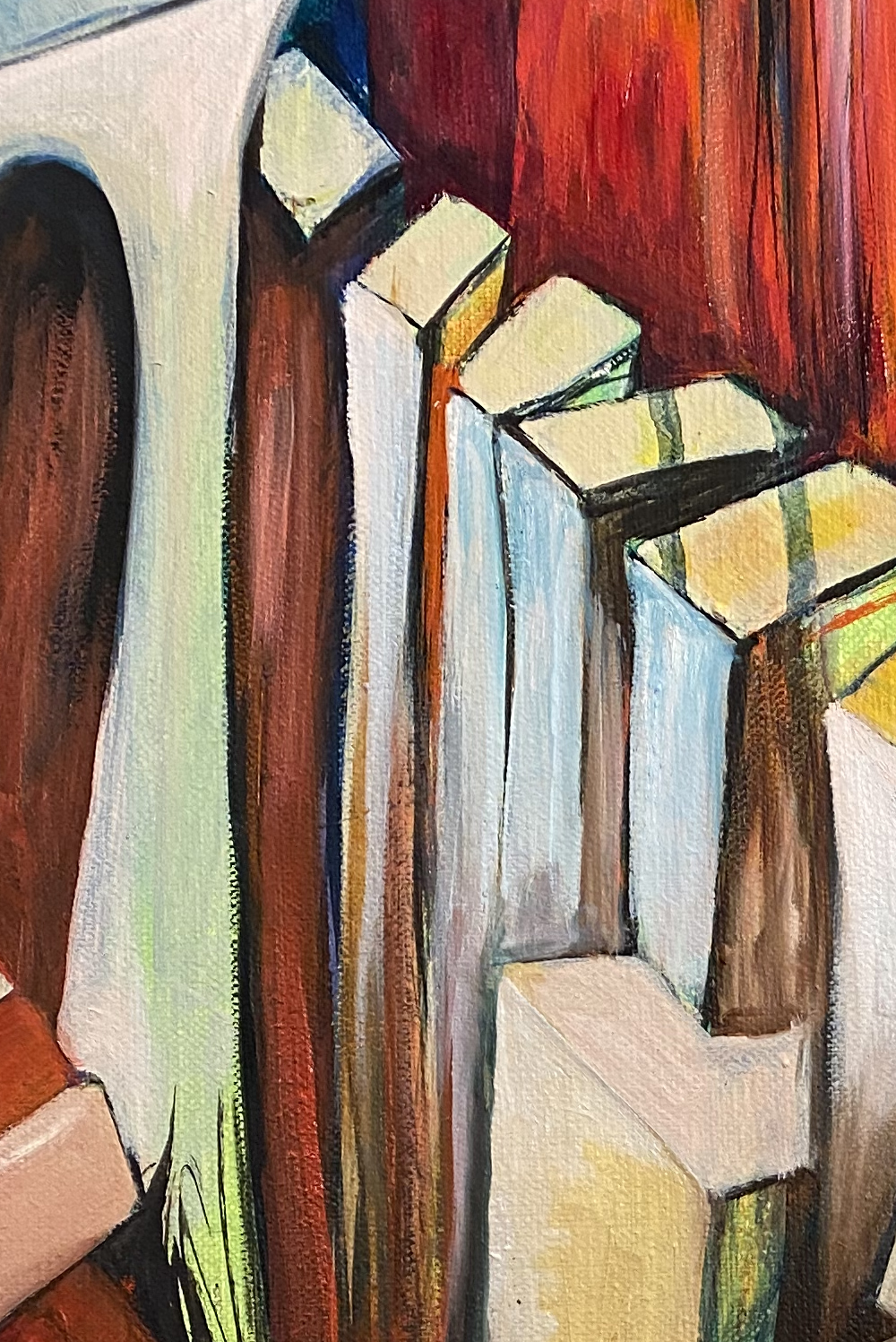 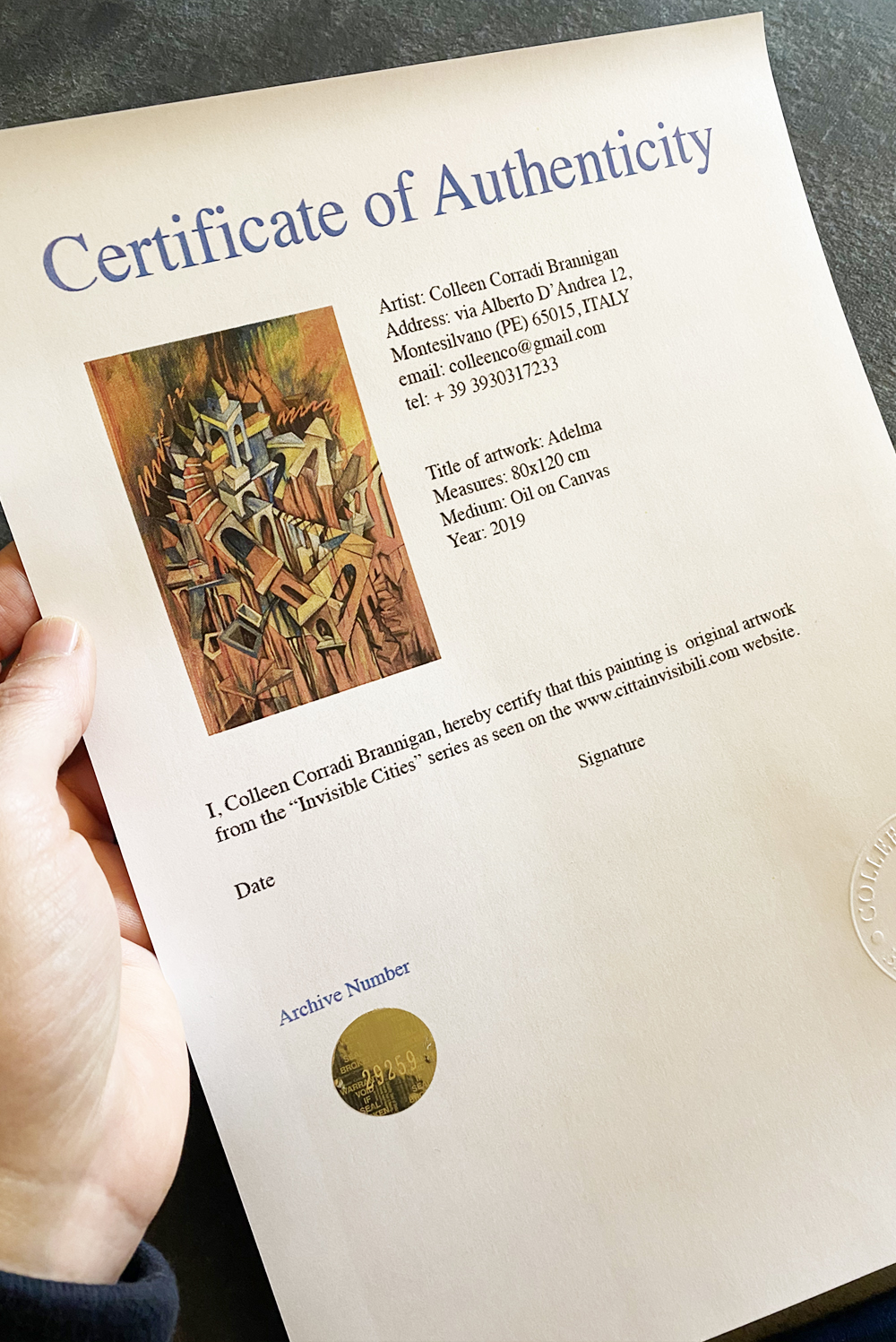 "Never in all my travels had I ventured as far as Adelma. It was dusk when I landed there. On the dock the sailor who caught the rope and tied it to the bollard resembled a man who had soldiered with me and was dead. It was the hour of the wholesale fish market. An old man was loading a basket of sea urchins onto a cart; I thought I recognised him; when I turned, he had disappeared down an alley, but I realised he looked like a fisherman who, already old when I was a child, could no longer be among the living. I was upset by the sight of a fever victim huddled on the ground, a blanket over his head: my father a few days before his death had yellow eyes and a growth of beard like this man. I turned my gaze aside; I no longer dared look anyone in the face.

I thought: "If Adelma is a city I am seeing in a dream, where you encounter only the dead, the dream frightens me. If Adelma is a real city, inhabited by living people, I need only continue looking at them and the resemblances will dissolve, alien faces will appear, bearing anguish. In either case it is best for me not to insist on staring at them."

A vegetable vendor was weighing a cabbage on a scales and put it in a basket dangling on a string a girl lowered from a balcony. The girl was identical with one in my village who had gone mad for love and killed herself. The vegetable vendor raised her face: she was my grandmother.

I thought: "You reach a moment in life when, among the people you have known, the dead outnumber the living. And the mind refuses to accept more faces, more expressions: on every new face you encounter, it prints the old forms, for each one it finds the most suitable mask."

The stevedores climbed the steps in a line, bent beneath demijohns and barrels; their faces were hidden by sackcloth hoods; "Now they will straighten up and I will recognise them," I thought, with impatience and fear. But I could not take my eyes off them; if I turned my gaze just a little toward the crowd that crammed those narrow streets, I was assailed by unexpected faces, reappearing from far away, staring at me as if demanding recognition, as if to recognise me, as if they had already recognised me. Perhaps, for each of them, I also resembled someone who was dead. I had barely arrived at Adelma and I was already one of them, I had gone over to their side, absorbed in that kaleidoscope of eyes, wrinkles, grimaces.

I thought: "Perhaps Adelma is the city where you arrive dying and where each finds again the people he has known. This means I, too, am dead." And I also thought: "This means the beyond is not happy."

This artwork will be sent rolled in a tube.
If you wish to receive it stretched, and ready to hang, additional shipping charges will occur.